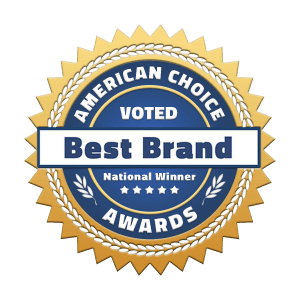 Consumers are overwhelmed with options and they rely on reviews and recommendations more than ever before. The American Choice Awards Seal cuts through the clutter as The Choice of American Consumers®. “The expanded categories and new media partnerships are creating the environment for a very exciting and productive year”, said Amanda Martin, American Choice Awards Vice President of Competition.

Nominees include Starbucks, L’Oréal, Dannon, Purina, KitchenAid, Black & Decker and many leading smaller brands. “The American Choice Awards are 100% consumer-voted. All nominees have an equal chance to win, and consumers across America can let their voices be heard”, added Ms. Martin.

Nationwide consumer research is conducted using the M-CAP (Multimedia Consumer Aggregation Platform) and proprietary balloting system developed with experts at The National Opinion Research Center at The University of Chicago. The NORC AmeriSpeak® OMNIBUS Research is the most scientifically rigorous statistical survey of consumers in the U.S.A. Consumers evaluate category-specific criteria and other key factors such as Quality, Value, Sustainability and Recommendation Likelihood, a combination unique to the American Choice Awards process. Finalists receive a numerical grade for each criterion, and award-eligible winners are determined by the greatest number of total points earned. “The data are weighted so that the results are representative of the entire U.S. population of Primary Shoppers. The Best Brand Award process is the most comprehensive methodology of its kind”, said Jen Johansen, American Choice Awards Senior Vice President of Polling and Research.

About The American Choice Awards: